DeAnn demonstrated spacing of the Italic Monoline hand, which is called “picket fence” spacing. Both Copperplate and Italic with the chisel point pen have picket fence spacing.

First DeAnn reviewed using the B-1 nib:  Insert the Speedball B1 nib toward the right-side of the Brause pen holder. The tip of the nib is like a pancake. You want this pancake to be flat on the paper always. Hold the pen naturally, like you would a pencil. The pancake should point upward, it could be slightly slanted toward the left.

Don’t flip the stroke at the end. Come to the end of the stroke, stop, then lift up. Don’t choke on the pen holder – pull back where you’re gripping the pen to get a better angle on the pancake.

Don’t move your wrist when writing – for long downstrokes, move your whole arm. If you’re having trouble with the black sumi ink flowing smoothly, add a couple drops of water to your inkwell. 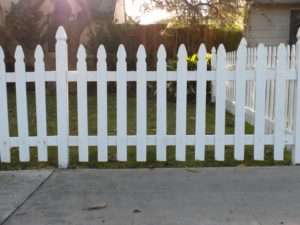 Picket Fence spacing:  for Italic monoline, Copperplate and Italic, picket fence spacing means that all the counterspaces, or negative spaces, match. The positive spaces (i.e. the strokes or the “pickets” of the fence) are equidistant. The counterspace is the inside space of the letter. This will be the basis of flourishing that you’ll learn later. If the picket fence foundation isn’t strong and steady, the flourishing will look weak.

Imagine the counterspace as water. When writing the next letter, the space you create between the letters should be able to contain the same amount of water that was inside the first letter. DeAnn’s mantra is:  Look at the space you just created, and make the next one be similar.

When you first start writing Italic monoline with the correct spacing, the letters may look too far apart – but we need to train our brain & eyes. Letters are spaced too closely in advertising, so our eyes have grown used to this squished spacing in words. But picket fence spacing is the basis of Copperplate and Italic, so understanding it will also in writing those hands.

As a general rule, the space between letters is the space of the counterspace of an “n”, which should be similar to the counterspace of an “a”, “o”, “b”, “u”, etc. For letters that aren’t composed of vertical lines, you need to use optical spacing. Squint your eyes and look at the word – the “color” should be grey, meaning that the positive and negative space is about the same. Copperplate is light while Gothic is dark. If you see a dark spot in your word, then the letters are too close together.

The worst combination is “rt” – think of the “r” as an open “n” and place the t where the downstroke of the “n” might go. It’s OK if the r and crossbar of the t touch.

Spacing between words is the space of an “n” from outside to outside stroke; with the B-1 nib, it would be about 5 boxes on the 8×8 grid. Between sentences, place a period, then the width of an “n” before starting the next sentence.

Remember:  Spacing is more important than the individual words.

HOMEWORK:  Practice the spacing exercise words in both B-1 and B-6 size. Then write the alphabet sentences. Don’t worry about capitals yet. It’s OK to practice using markers.
Remember to put your name and date in the lower right-hand corner. DeAnn will review all homework and make corrections where needed.