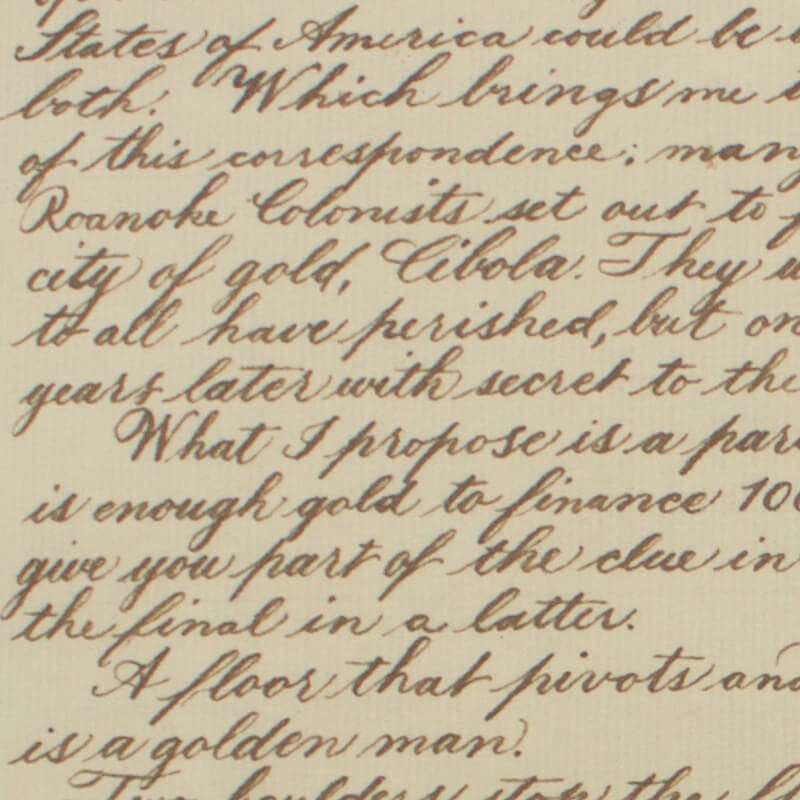 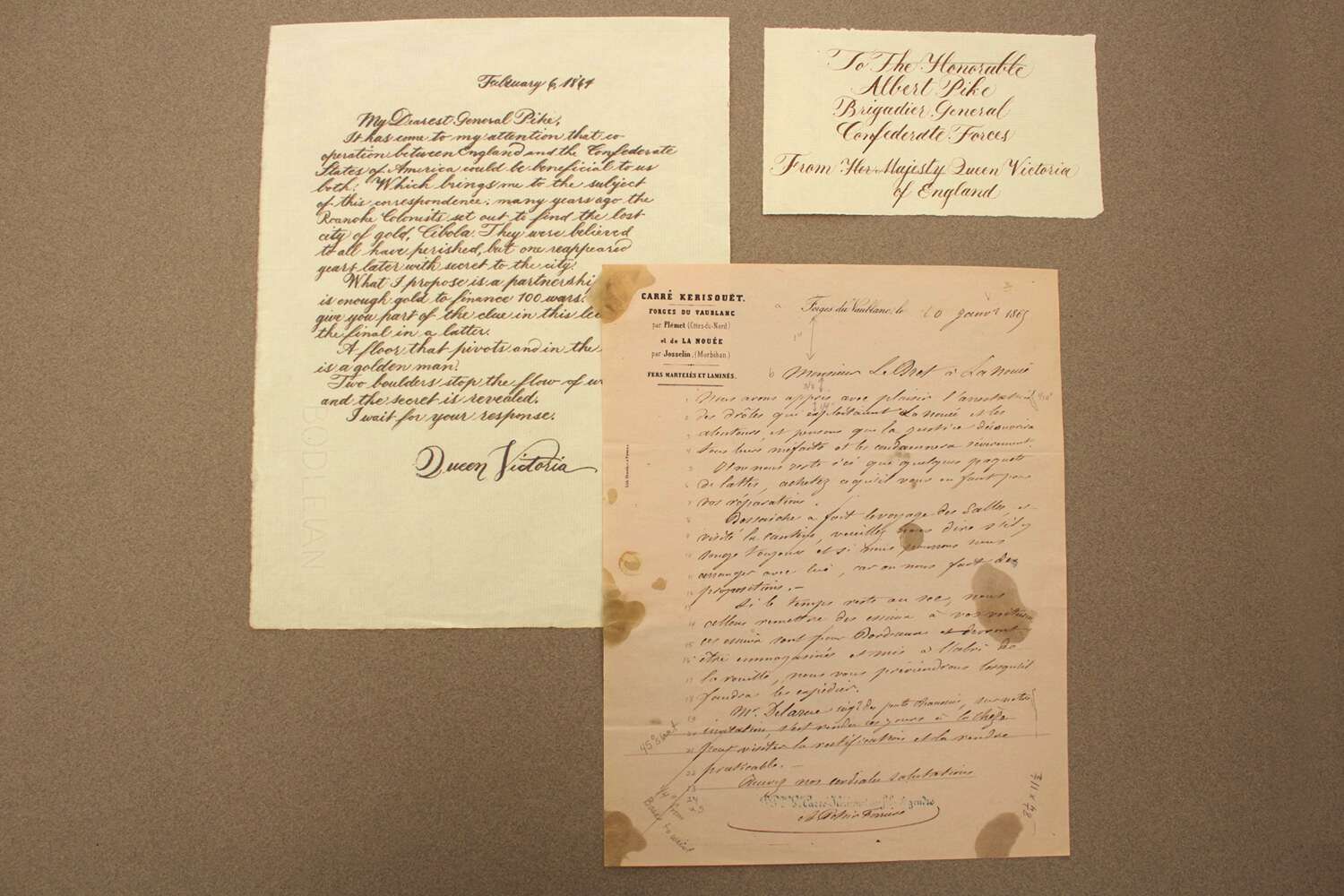 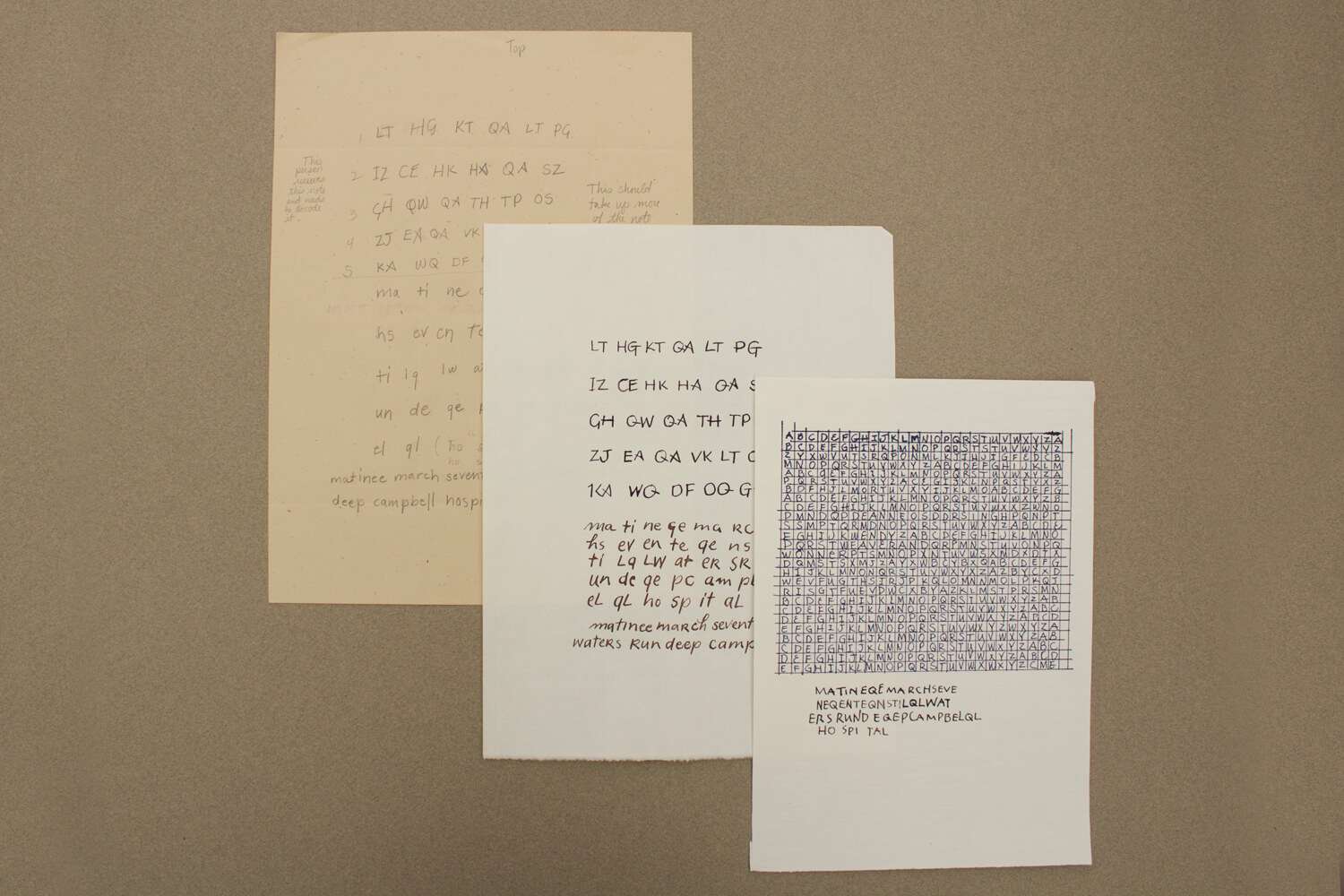 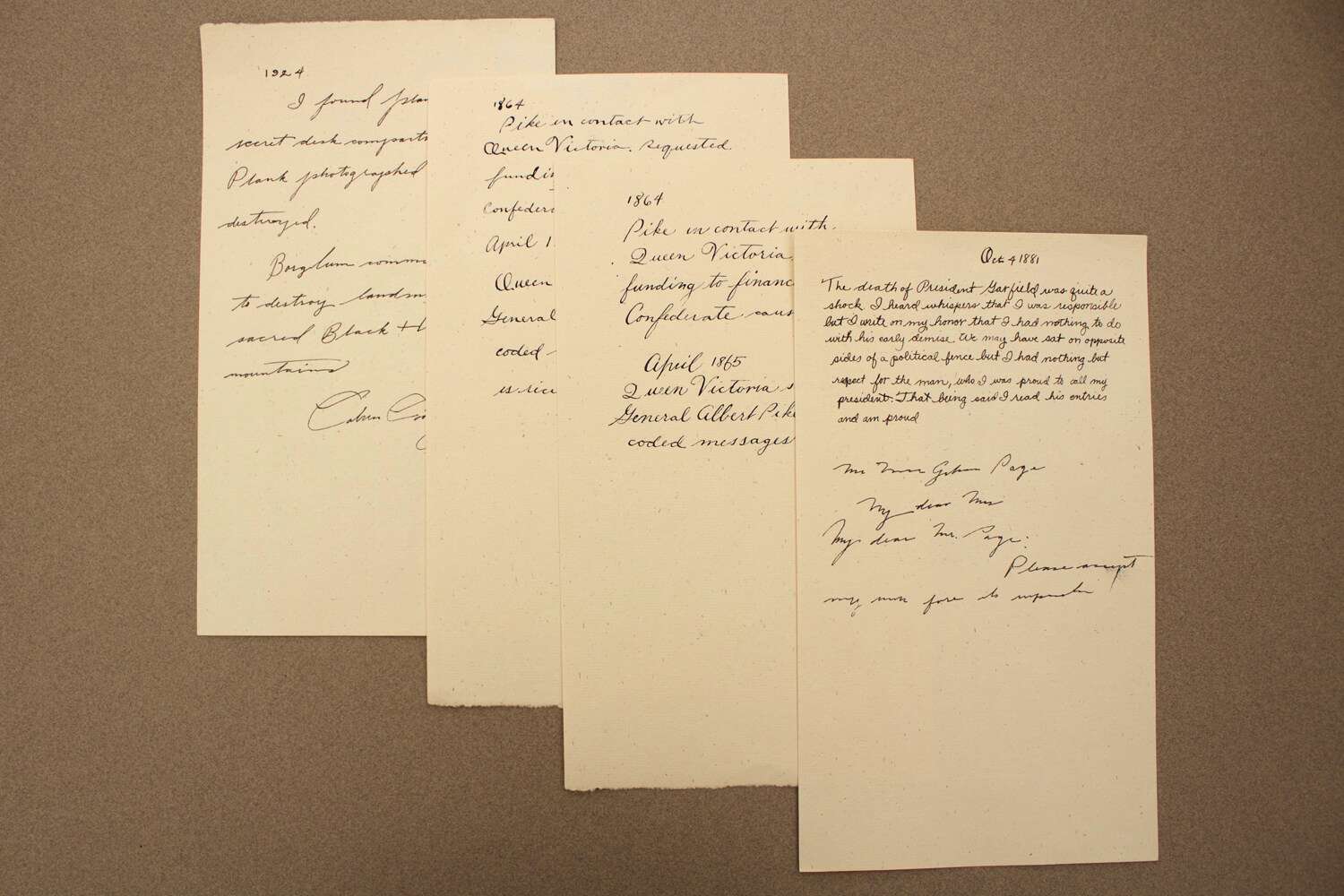 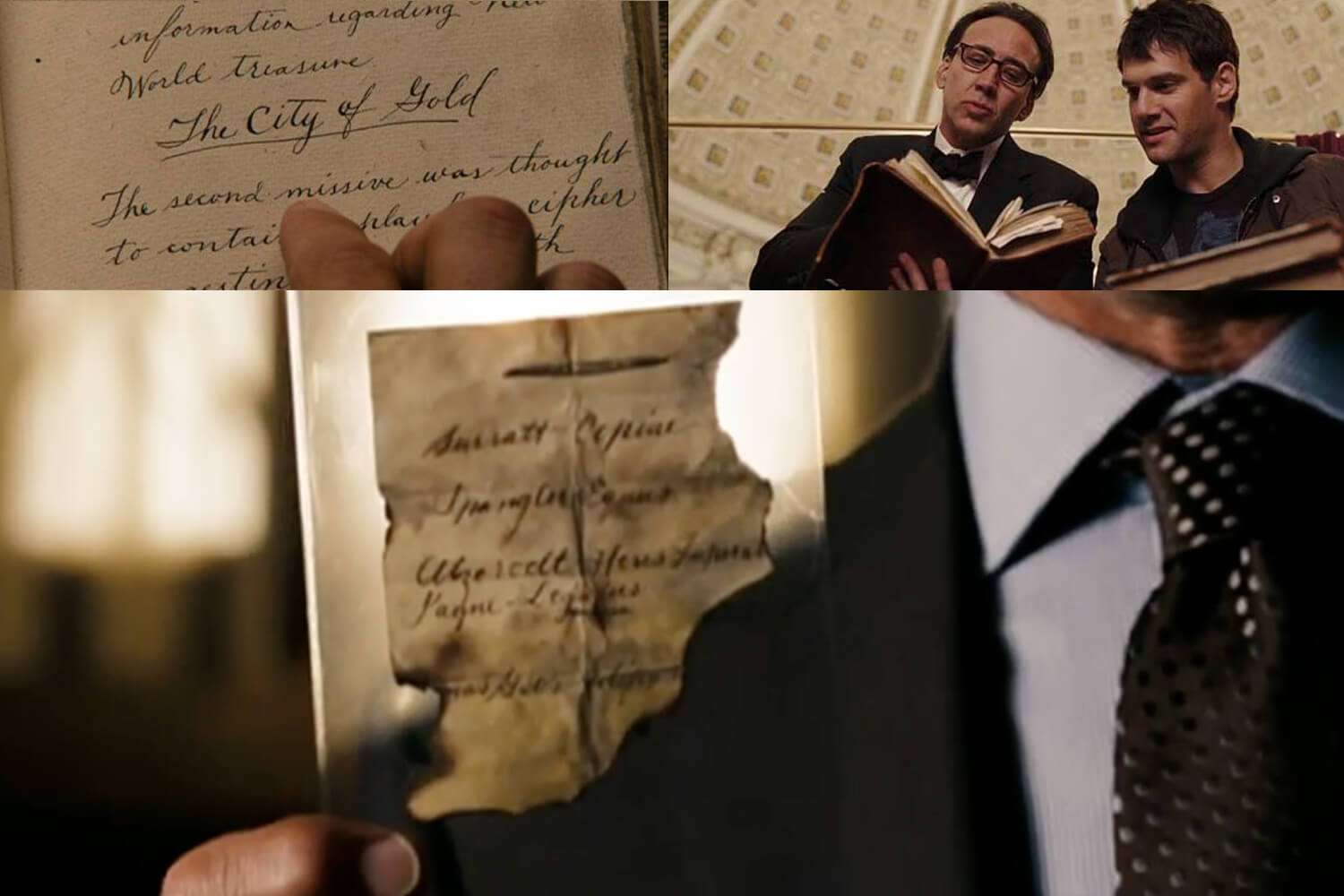 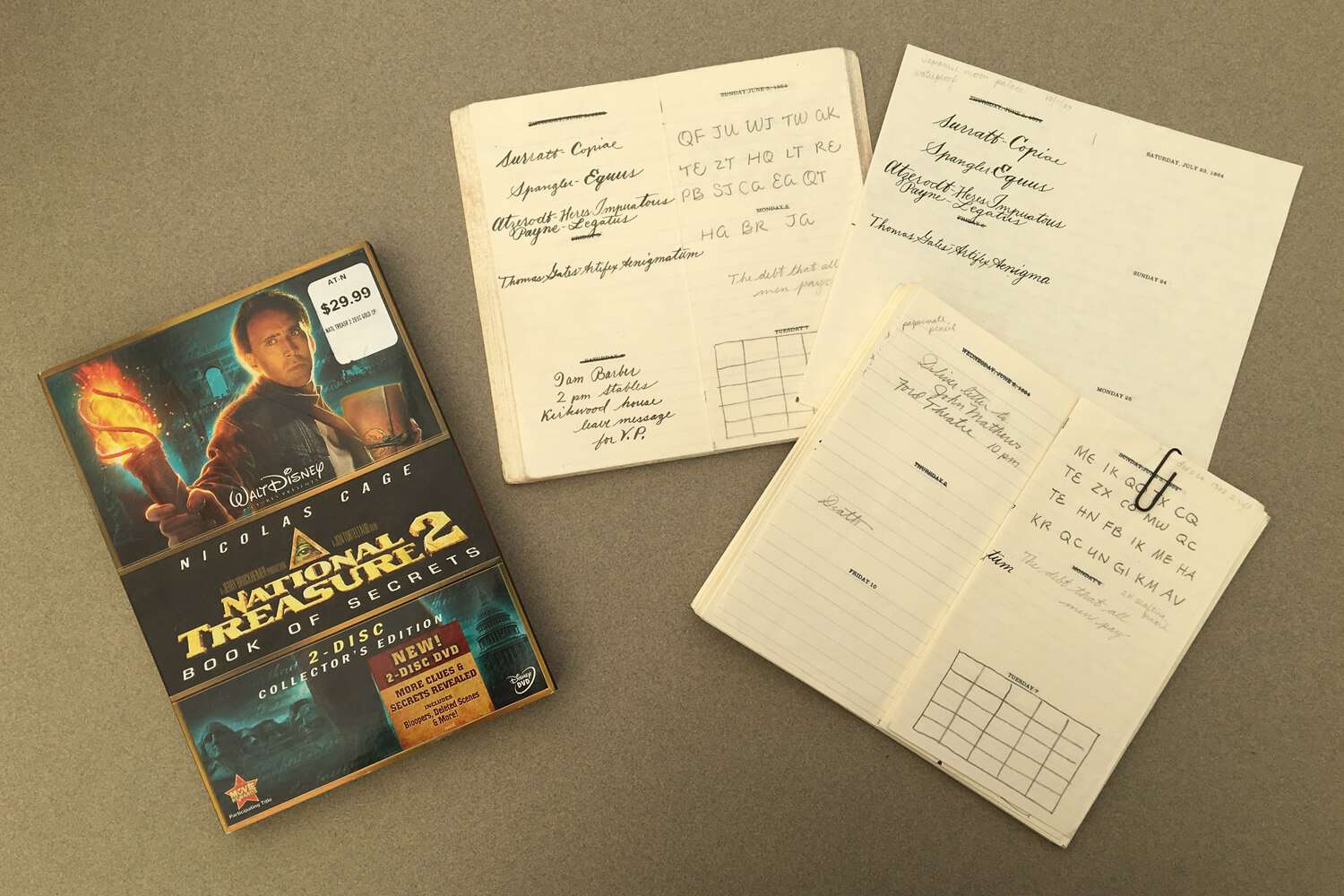 I got a call from the same prop master that I did for King of California. He wanted something for a sequel for National Treasure. He hired me to do the props for the National Treasure Book of Secrets. I did the President’s Book of Secrets, the Diary of John Wilkes Boothe, the map of Mount Vernon, the letter from Queen Victoria. I did 100 diaries, 60 letters and the characters continued to burn them in the movie for rehearsals and different takes. I worked on this movie for about a year. It was great!